Suspension of time limits in SPTO and EPO

Beyond the dramatic consequences that many people are suffering due to the Covid-19 disease, it is necessary to remember the administrative measures that have been taken in the Patent Offices in relation to the deadlines that falls due while this crisis is active.

In Spain, all administrative deadlines were suspended, by virtue of the Third Additional Provision of RD 463/2020, of March 14, declaring the state of alarm for the management of the health crisis situation caused by COVID -19. Any administrative term (it is not specified that they are only those that expire within the period of suspension, but just mentions “any administrative term”) is suspended as from March 14 until the state of alarm ceases to have effect. Once this happens, the deadlines will be resumed (not restarted) so that, from that date, the interested party will be able to enjoy the remaining days they had when the suspension occurred. 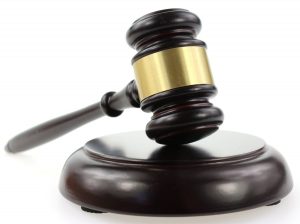 As may be deduced, amongst the administrative deadlines, the time limits related to the Spanish Patent and Trademark Office (SPTO) are found. This suspension is applicable to any of the deadlines to be met by applicants for patents, trademarks and designs (filing of responses to office actions, rectification of irregularities, request for examination, payment of renewal fees, oppositions, request for restoration of rights, etc. ). The exhaustive list of actions can be found in a notice of the Director of the SPTO published on March 25, 2020.

The definition of administrative time limits is an administrative issue included in Spanish Law 39/2015 of the Common Administrative Procedure of Public Administrations. In its Art. 29 et seq. time limits calculation is defined. However, the consequences of their suspension are not explicitly mentioned. Therefore, common sense must be appealed to.

Hence, if a person filed a patent application P1 on March 20, 2019 and wanted to file an application claiming priority from P1, taking into account that on March 14 (it is understood that the day of suspension no longer counts as the pending period) there were still 7 days until the deadline to claim priority expired, once the state of alarm ceases to be in force, the applicant would have 7 further days to file the application validly claiming the priority from P1. For instance, if the deadlines are resumed on April 15, 2020, the interested party could submit the request on April 21 and validly claim the priority of P1.

In fact, according to the wording of the RD, the same would happen for any applicant who has filed a patent application after March 13, 2019, even if such filing is, for example, April 1, 2020. In this case, the time limit of 12 months to claim priority would not start counting until the alarm state ceases. 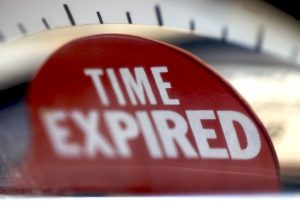 The European Patent Office (EPO), by means of a notice in its Official Journal, only refers to those deadlines that expire during the state of emergency (which the Office itself dates from March 15, 2020), which will remain postponed until April 17, 2020 (unless further extensions if the exceptional situation persists).

This means a quite remarkable difference with respect to the situation before the SPTO. If the date of April 17, 2020 is confirmed as the end of the exceptional situation (something unlikely with the data available today), a term that ends, for example, on April 19, 2020, would suffer no extension (while if this term were referred to an action before the SPTO, it would still have an additional period of more than one month to carry out the action, since it was suspended on March 14 and resumed on April 17). 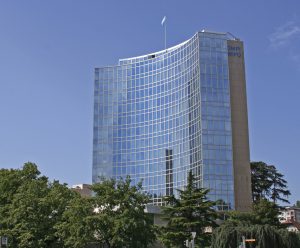 In the World Intellectual Property Organization (WIPO), the case is even stranger, since, to the present date, there has been no official communication extending or suspending the time limits. If the deadlines refer to actions to be carried out before the national offices, their criteria should be followed (as indicated in the previously mentioned notifications from the SPTO and the EPO, which also mention the deadlines related to actions regarding the international phase of PCT applications), but in the event of actions before the WIPO International Bureau, there is no notice which could justify a delay concerning a deadline that expires during the state of alarm.

Therefore, only the provisions of R. 82quater and R.26bis of the PCT convention could be used. In the first one, the applicant is allowed to take an action before the PCT international phase authorities even if the time limit has already expired, should certain requirements be met. However, WIPO recalls that this rule cannot be used for the priority period or for the entry into national phases. The second one precisely refers to said priority period, accepting the priority right of applications submitted beyond the 12-month period if the required circumstances are met.

At Tribalyte Ideas we can advise our clients with the greatest accuracy, always looking for the best way to solve the difficulties derived from situations such as those we are currently deep into. 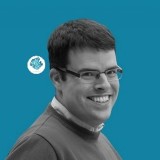