For the second consecutive year, the number of applications filed worldwide continued to grow, with China driving the growth in filings for patents, trademarks, industrial designs and other IP rights being the top one in Digital Communication, Computer technology, Electrical machinery, apparatus and energy.

“Demand for IP protection is rising faster than the rate of global economic growth, illustrating that IP-backed innovation is an increasingly critical component of competition and commercial activity,” said WIPO Director General Francis Gurry at the ceremony held in Geneva last 3 December.

An estimated 9.11 million trademark applications covering 12.39 million classes were filed worldwide in 2017. The number of classes specified in applications grew by  26.8€ in 2017, marking the eight consecutive of growth.

have been filed in these fields of the technology, mainly in Asian countries, The United States and Germany.

For the third consecutive year, two Chinese technology companies were the top filers of international patent applications in 2017 (based on published applications). Huawei was ranked in first place and ZTE in second. They were followed by Intel of the U.S., Mitsubishi Electric of Japan and Qualcomm of the U.S.

The results from Spain show some stability with respect to last year´s report, occupying the 23rd place in terms of the number of patent applications filed, the 16th place for trademarks and the 10th place in terms of designs. The report shows the growth in the wind sector in the years 2014-2016 (2nd country with the largest increase after Denmark). With regard to the internationalization of inventions, Spain appears in position No 18 in the list of countries of filing international PCT applications, highlighting the percentage of women inventors in this type of applications (35.4% over the total). More than 50% of the trademarks filed corresponds to Nice classes related to services, a shift that is repeated in previous years. 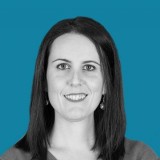 Cristina is responsible for patent processing and has extensive experience in industry agencies as well as numerous specialized courses taught by the Spanish Patent and Trademark Office (OEPM), the European Patent Office (EPO) or the International Property Office Intellectual (WIPO).